I finished this table runner for a friend,

but I do believe I messed it up with the quilting. 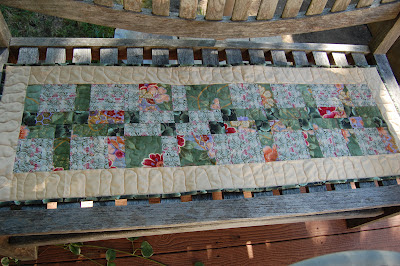 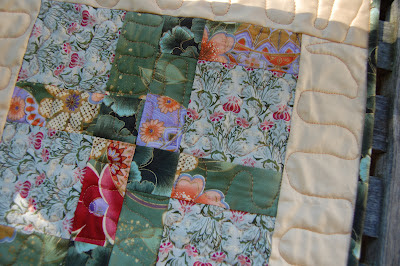 buttery-colored silky fabric for the border, 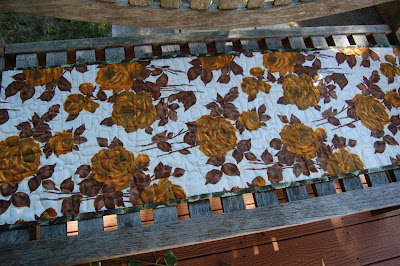 I did a pretty good job on the FMQ until I got to the borders.  I got impatient and just wanted it done, so I got real sloppy - blech.  And now that I've pointed it out to you, you probably agree.  But it's a silky fabric and all those tiny stitch holes will in no way disappear.  The friend that I'm giving it to doesn't know anything about quilting, so I'm hoping she will like it anyway.  She showed me some pictures of her dining room and these colors and fabrics will go nicely.
Anita, I hope you received your package today!  I know Barbara did - thanks for the nice email, Barbara.  How did the quilt come out in the wash?
Have a great weekend, everyone.  May you bless and be blessed!
~ Jodi ~
Posted by Jodi at 6:21 PM 3 comments:

I THOUGHT I was just winning this wonderful pack of Mayberry free-trade coffee, BUT 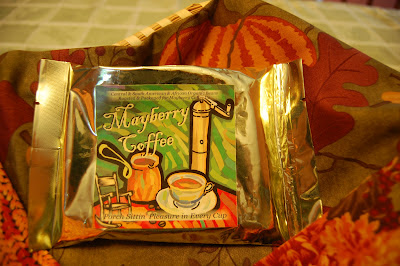 Debby of http://myblog-nannysplace.blogspot.com/ sent me these four lovely fat quarters, also!!!  Wow, what a wonderful surprise!  She's quite done with summer and wishes to help fall along by spreading autumnish fabrics around, and I get to be a lucky recipient!  Check out her blog, it's fun and she's a grandmother, so there's LOTS going on at Nanny's Place!  Thanks again, Debby.  We'll be having ourselves a pot of Jamaican Me Crazy Mayberry Coffee tomorrow morning with your breakfast.
Posted by Jodi at 6:00 PM 4 comments: 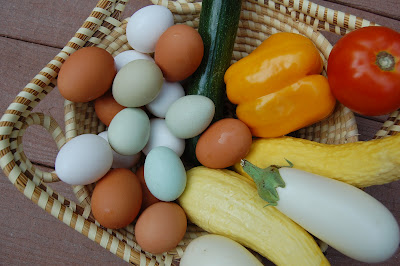 I know you don't want to hear about my bounty first, so here's the results of my giveaway:
First I used the random number generator and it picked 9 (forgot to copy it to show you), so Anita, you won, and then I told my hubs to pick a number between 1 and 16 and he picked 2, so Barbara Woods, you will win something, too.  I know you recently said you are "bored" with pink, so we'll "chat."
I'll send you both an email.
Now for the basket of goodies above, the eggs are from my sister and BIL's hens.  The four on the very top are all different shades of green.  Very pretty and very good!  Some of those eggs will be double-yokers, also.
And how about those white eggplants?  This is the first year of trying those.  They don't get big at all, in fact, you have to pick them quickly or they turn yellow.  Hardly any seeds, and they're milder than purple eggplant.
Thanks to all of you who entered my giveaway.  I hope you have a marvelous weekend!
~ Jodi ~ 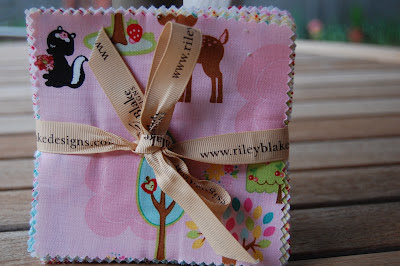 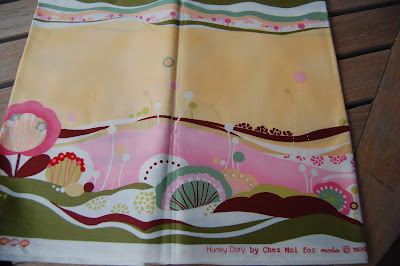 50 inches of Hunky Dory by Chez Moi - this is what I covered my ironing board with. 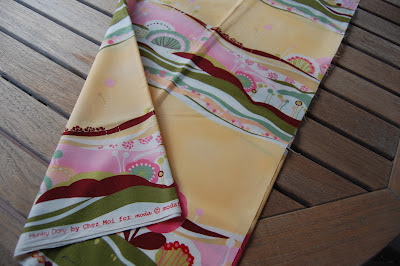 And a second view; and then 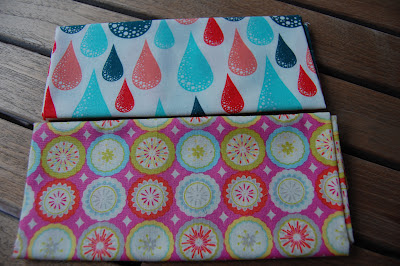 Two fat quarters, Prince Charming by Tula Pink, and Holiday by Dena for Free Spirit; and 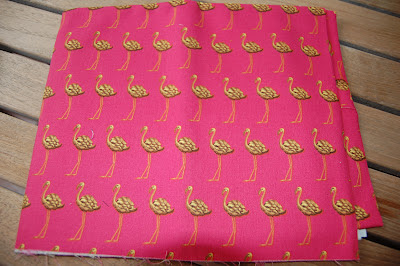 1/2 yard of Flamingo by Tina Givens.  Hmmm, everything is pink I just realized!  Not intentional :-)
I usually pick more than one winner and let them choose what they'd like, but that gets complicated, so one winner this time.  Hopefully those who enter really like everything I'm offering and don't just enter because of ONE thing they want, but there's nothing I can do about that.  So good luck everyone.  I will pick a winner a week from today, so August 17th.  Please leave your email address so I can contact you.

Some of the scrappy blocks sewn together and hanging in window, 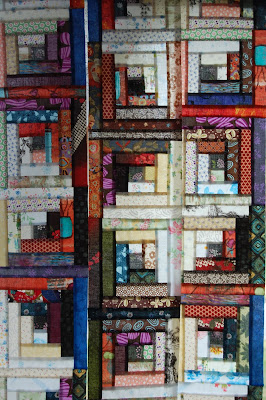 a different kind of design, hanging in window, 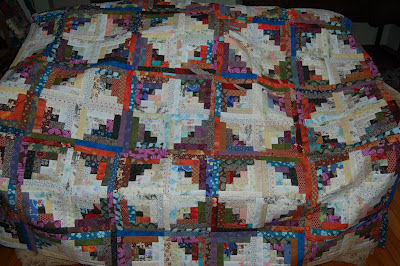 and the completed quilt top.  No big surprise, but all my seams do NOT match up.  But it's just for my own couch (finally, a quilt I'm going to keep!)  Now to find some backing fabric and quilt it up.
I'm looking for a tutorial on how to square up the top.  I've never really worried about that before, but I have to learn.  I have an appointment to rent a longarm machine, and I'm told the top has to be square before it is loaded on the machine.
Time for bed!
~ Jodi ~
Oh, and giveaway will be posted on Friday so come back and tarry with me then. 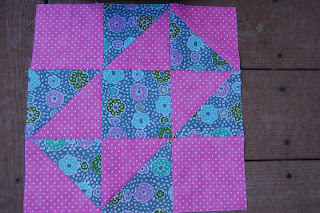 This Kaffe Fassett fabric looks kind of blurry from a distance, even in real life - ha!  I think it goes pretty well with the polka dots.  And this is a fun quilt-along - easy and no pressure - yaay!
~ Jodi ~

that Angela of "Cut to Pieces" let me use her idea/design for.  It's for a friend who lives at the beach.  It's just a  work in progress right now.  I showed it to my husband and asked him if he knew what it was - "a baby laying on a towel."  Well, it's SUPPOSED to be a woman.  I was thinking that it looks like a girl in a bikini wearing a big hat when it's supposed to be a beach umbrella, so I was surprised when he came out with that, but he's right.  Maybe I'll just start all over again so I can get the scale a bit more in line with reality?  That book is pretty big, too!  Here's another pic: 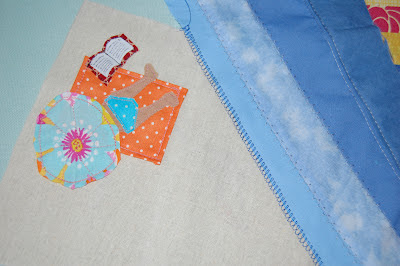 Off to the right is supposed to be the ocean.  I think I need to add some greenish-blue fabrics and maybe do the quilting a little differently to blend the ocean waves.  Anyway, I'm working on it and it's fun.
Here's the link to Angela's (most of you have probably already seen this from almost two years ago - I fell in love with it at the time):  http://cuttopieces.blogspot.com/2010/09/mug-ruggood-enough-to-drink.html
Isn't it darling?   (aww, the link is not working, but if you cut and paste, that should work -  and it's worth the look, trust me!)
Here's something similar that I started working on over a year ago:  It still needs a lot of work also: 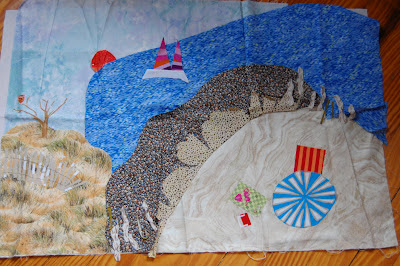 That's supposed to be a sandy, rocky beach (hmmm) with an umbrella, beach towels, bikini, cooler, sailboat out in the ocean, the sunset, and on the left a sandy dune with a wind fence, and a tree with a little owl in it. 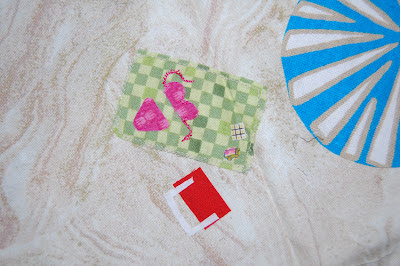 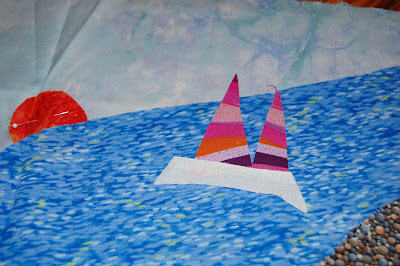 The sailboat needs some help, as does the sun! 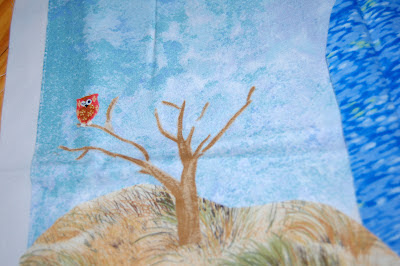 The tree should have some leaves or something on it - unless it's winter! 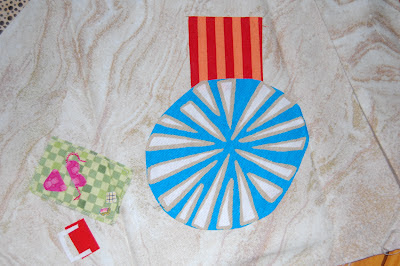 Um, yeah.  Now that I look at these pics again after so long, I can't believe I'm showing them to the whole world!  (Okay, not the WHOLE world, just 103 followers from all OVER the world.  It needs a LOT of work, just like I said!  Ha!
Till next time, take care!   ~ Jodi ~
(Oh, and I didn't forget that I promised a giveaway.  I'm still ruminating about what to GIVE!) 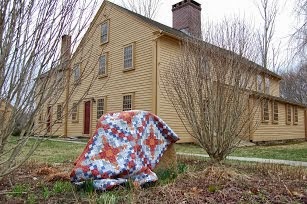 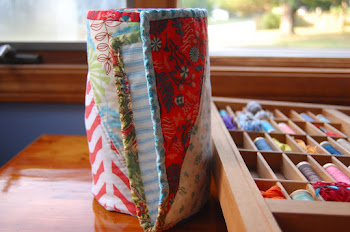 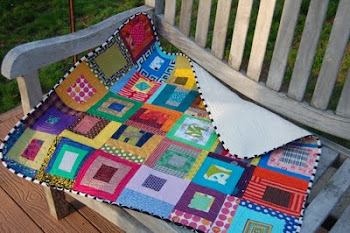